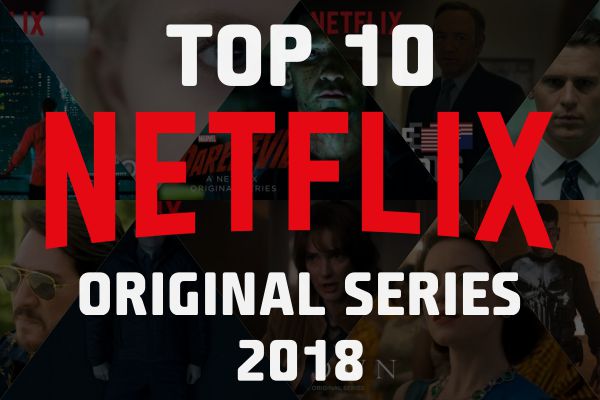 The streaming video service Netflix has been busy over the last few years releasing new TV shows which they call “Netflix Originals”. There are so many to choose from so we’ve narrowed down the list of choices to let you know the top 10 best Netflix original series that you can watch right now on Netflix. To qualify, these shows must have not been broadcast elsewhere prior to being released on Netflix and must have had at least one or more seasons specifically created for the service. Instead of using the scores from TV critics to switch things up I will count down our favorites in order based on which shows we enjoy the best. Here is the list of top 10 best Netflix series for 2018 (New Best shows on Netflix). 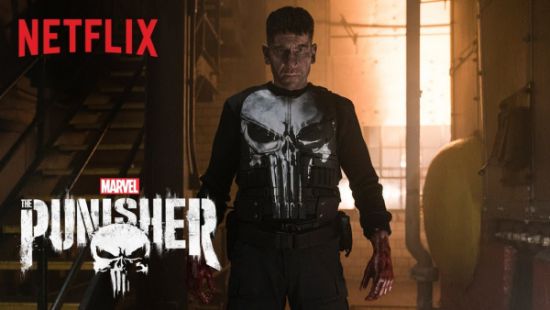 Starting off our countdown coming in at number 10 is the Marvel series “The Punisher”. This action crime drama which premiered in late 2017 is a spin-off of Daredevil, which is another Marvel series on Netflix. The Punisher stars Jon Bernthal, who plays Frank Castle. A former Marine that has decided to settle down in New York City, after exacting revenge on those responsible for his family’s murder. Frank soon discovers a larger conspiracy beyond what was done to him and his family. The Punisher has plenty of action and has a plot with a quicker pace when compared to the other Marvel shows on Netflix. Season 1 of The Punisher is available now on Netflix Originals and has been renewed for a second season. 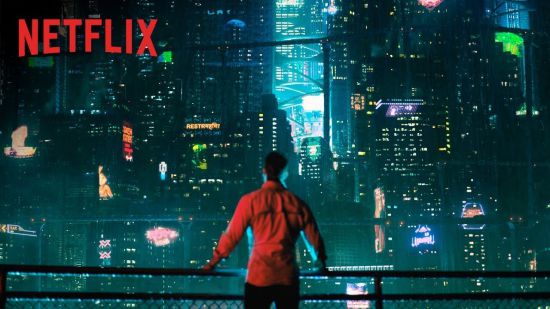 This is a science fiction series which takes place over 350 years in the future, in the year 2384. In the future, a person’s memories are downloaded into storage devices called slacks, which can be transferred into different bodies which they call sleeves. The series follows a political operative with mercenary skills played by Joel Kinnaman. He wakes up 250 years after his previous sleeve is terminated and is hired to solve the murder of one of the wealthiest men on earth. I’ll admit the first few episodes with its dense story line can be difficult to watch but if you can make it to the end of the first season, you’ll most likely find that is well worth your time. All ten episodes of the first season of Altered Carbon are available to stream right now on Netflix Original Series. There’s been no confirmation yet if there will be a second season. 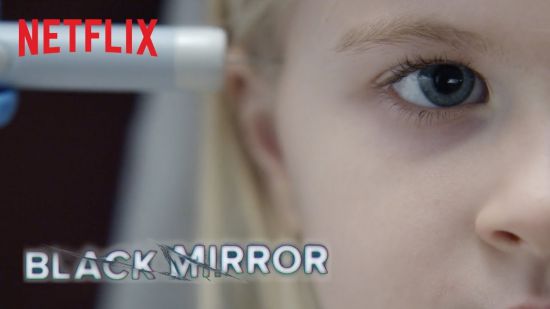 Each episode in the series has a different story along with a different cast of actors. So if you don’t like one of their episodes, you can just skip ahead to the next one. The stories are mostly an examination of modern society with regard to the unanticipated consequences of humanity’s dependency on technology. Many have compared Black Mirror to The Twilight Zone but with more satirical themes and that assessment is somewhat accurate. The first two seasons were originally broadcast on British channel 4, before being acquired by Netflix. All four seasons of black mirror including the epic Christmas episode are available on Netflix. 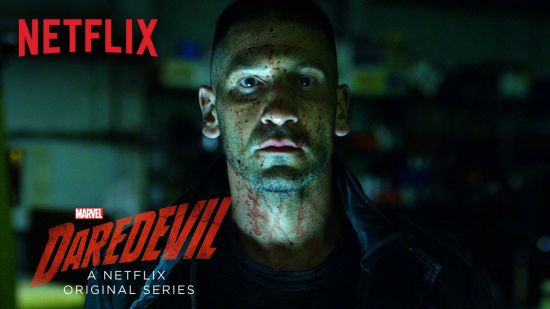 The second Marvel series to make this list is Daredevil. It can be best described as a crime action legal drama. The series stars Charlie Cox as Matt Murdock. He’s a blind vigilante who spends his days as the lawyer and at night fights crime in the Hell’s Kitchen section of New York City. Although the series does suffer from pacing issues at times. It does feature some of the best choreographed action sequences you’ll find on TV. There’s an amazing fight scene at the end of the second episode of the first season that you should check out. Apparently, it was completely filmed all in one take. Two seasons of daredevil are on the streaming service now, with the third season set to premiere sometime in 2018. 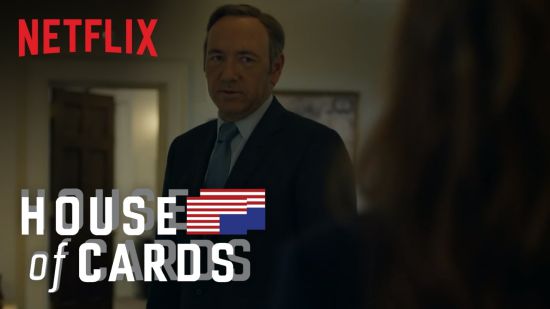 This political drama which premiered back in 2013, is one of the first shows on Netflix to become popular with a large audience. It’s an adaptation of the BBC miniseries of the same name. The series starts out by telling the story of a sleazy congressman from South Carolina named Frank Underwood. Frank along with his wife Claire will do just about anything to achieve more power in Washington DC. All five seasons of House of Cards are available now. Season six is set to be released in 2018 which will be its final season. With the recent controversy involving lead actor Kevin Spacey, Netflix has confirmed that season six will carry on without Spacey’s involvement. 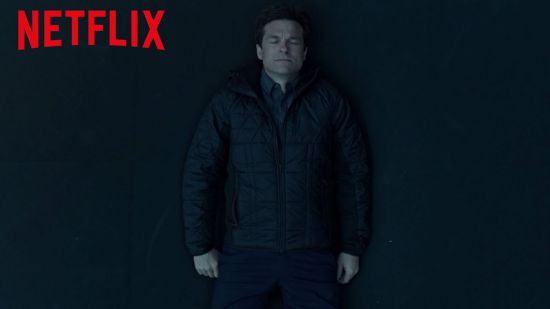 This crime drama thriller stars Jason Bateman as a Chicago based financial adviser. When a money laundering scheme goes wrong with the Mexican crime boss, he is forced to relocate his family through desert community in the Missouri Ozarks. In addition to having to fend off the cartel, he and his family also end up having confrontations with the locals in their new community. I’ve heard from many that they quit watching Ozark after the first or second episode. The series does get better and more compelling as the season moves along, the final few episodes of the first season are excellent. The first season of Ozark is available to watch right now. Netflix has renewed the series for a second season, the return date has not been announced. 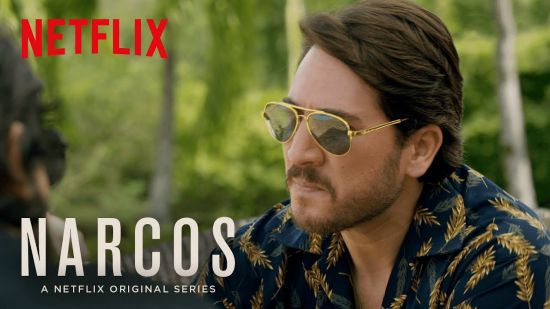 It is a biographical crime drama set and filmed in Columbia. The first two seasons tell the story of the notorious drug kingpin Pablo Escobar, along with his interactions with other drug lords, the Drug Enforcement Agency, and those within his own government in Colombia. The third season focuses on the DEA, as they go up against the rise of the infamous Cali cartel. The writing is excellent and the acting is superb. Narcos has three seasons you can watch now. Season four is set to be released sometime in 2018. 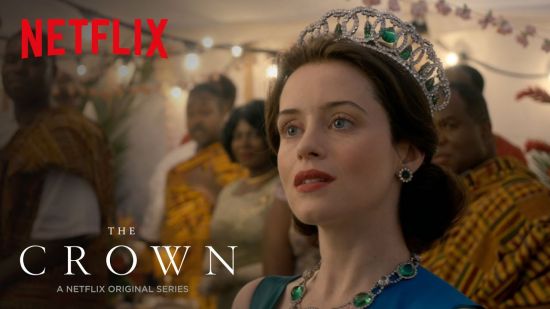 This is a biographical story about the reign of queen Elizabeth ii of the united kingdom. The series starts out in 1947 and as the seasons progress will move closer to the present day. The crown features excellent writing, acting, and very high production values. In fact, the production cost for the first season were reportedly a hundred and thirty million dollars, making it the most expensive TV series ever created. Even though all the actors are great, John Lithgow’s award-winning performance as Winston Churchill is fantastic to watch. I went into watching the show thinking I would hate it but to my surprise, it’s become one of my favorite shows. The crown has two seasons on Netflix and has been renewed for a third and fourth season. 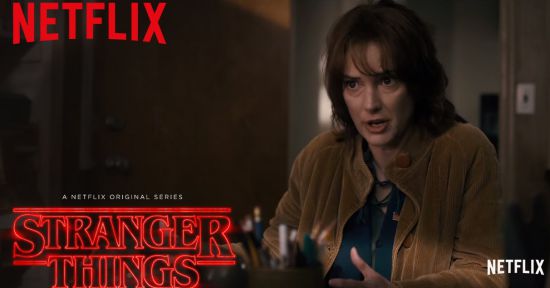 The science fiction horror series created by the duffer Brothers is set in the 1980s in the fictional town of Hawkins Indiana. The first season involves the investigation into the disappearance of a young boy named Will, who was abducted by a creature in an alternate dimension called the upside-down. Will’s friends along with the help of a psychokinetic girl named Eleven aid in the search. The second season of stranger things takes place a year after the first involving a larger threat from the upside down. The series feels like it was inspired by the earlier works of Steven Spielberg and Stephen King. Even though most of the cast is kids, it’s not the typical show for children. The series also appeals to adults as well. Both seasons are available now. Netflix has ordered a third season, which is not expected for release until sometime in 2019. 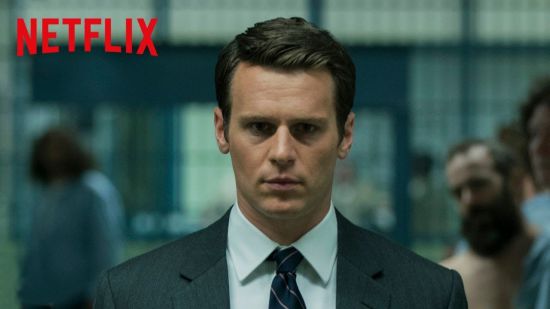 This crime drama is based on the true crime book Mindhunter, inside the FBI’s elite serial crime unit. The series is set in the year 1977 and focuses on the early days of criminal profiling and psychology at the FBI. It revolves around two FBI agents along with a psychologist. As they interview imprisoned serial killers to understand how they think with the hopes of applying this knowledge to solve ongoing cases. It’s a fascinating show with creepy performances by those that portray the serial killers. If you like the movies Zodiac and Silence of the Lambs then you’ll like this show too. You can catch up on season one of Mindhunter right now. it’s been renewed for a second season, there’s been no word yet on when the second season will be released.

Honorable Mentions – Here are some other Netflix originals that may be worth your time to watch.

Hope you liked our list of Best New Netflix Series (Best Shows on Netflix)—Do you have any other thoughts about the Best Netflix Originals for You? Leave them in the comments below and have a good day.

Scroll back to top