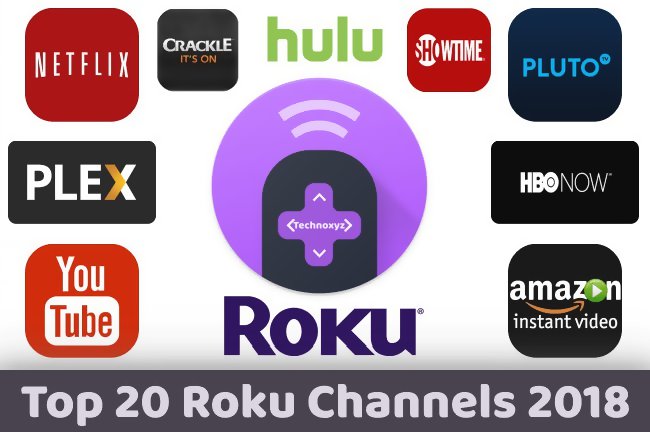 There are more than 4000 channels on Roku and it can be difficult to decide which channels are the best. Today I’ll count down the top 20 channels to install on your Roku device or any other device that has channels or apps like Roku in 2020. Those included are publicly available from the Roku store and will not require a cable or satellite account to use. I’m also leaving out services that are cable or satellite company replacements like sling TV or Playstation view to make room for more individual apps.

This service delivers unlimited streaming of popular TV shows and movies. You won’t find the newest of entertainment on here but you’re sure to find something decent to watch. There’s no subscription to use FilmRise and it’s completely free.

This is my favorite news Channel on Roku. They live stream 24 hours a day, 7 days a week. You can also get caught up in their video section which has various categories. There is no cost to watch Sky News on roku.

This channel is a lot like FilmRise. It features movies and TV shows at no cost and is also ad supported, you do have the option to get rid of the ads for a cost. Again you won’t find any current shows, They have movies such as Brooklyn Rules and Monster, they also have Cheaters which is the worst reality show of all time with the possible exception of the Kardashians.

This is the first of three music apps on this countdown. IHeartRadio is a free radio service featuring more than 1500 live stations and you can create custom stations that play songs based on the music artists you select. IHeartRadio also lets you create a custom section with all of your favorite radio stations so you can access them easily.

This is created by Roku featuring hundreds of movies all for free and with fewer commercials than you see on broadcast TV. The Roku Channel is not available on all devices yet but is being rolled out over the next few weeks.

The Public Broadcasting Service is an American broadcaster that you can get here in the States over-the-air for free, The Roku app is also free and has no ads. There’s a ton of content on this channel including British imports and PBS favorites like nature and frontline. PBS also has a channel on Roku for the little ones called PBS Kids.

This is a free music service that lets you create personalized stations. You can create stations based on artists, songs or genres. It’s been around since the year 2000, so it’s likely you used them before. In addition to the free service, pandora lets you listen ad free, skip and replay songs for $4.99 per month.

Of all the ad-supported Roku channels that play movies and TV shows, Tubi TV is one of the best. They now have a library of over 50,000 titles, which is second only to Netflix. Just like the others mentioned, it does not have the latest blockbusters but you’re sure to find something to watch on Tubi TV for free.

If you’re a gamer, Twitch is a must-have channel for you. They offer free streaming of video games from your favorite gamers, you can browse live video of games that you play or you may want to play. So if you enjoy watching others play video games check out twitch.

Starting out the top 10 with the best of the music services. Spotify gives you access to millions of tracks, if you want to play a specific song just search and hit play. You can also create personalized playlists with any of the songs available. To use Spotify on Roku, you must have the premium version which is $9.99 per month.

Owned by Sony, this is another ad supported destination to watch free TV and movies. They also offer exclusive originals, you can create a personalized list of your favorite programs to access them easily on the service. Jerry Seinfeld’s Comedians in Cars Getting Coffee is reason enough to install Crackle.

This is a subscription service for court cutters that does not require having a cable or satellite account. You get access to Showtime’s huge library of high-quality shows including Homeland, Ray Donovan, Shameless and many others. If you haven’t seen the show Billions, that’s one of my favorite TV shows right now. Showtime offers a free trial after that ends the service is $10.99 per month.

This is another service like Showtime that does not require a cable or satellite account. HBO Now has an extensive catalog of great shows including Westworld and Game of Thrones along with classics like Deadwood and The Sopranos. HBO Now offers a free one month trial then it’s $14.99 per month.

This channel offers unlimited streaming of current episodes and full seasons of TV shows. Those include Empire, Black-ish, Family Guy and many others. Hulu also makes original series that include The Path and The Handmaid’s Tale. If you like movies, they have a good selection on their service too. Hulu plans start at $7.99 per month. 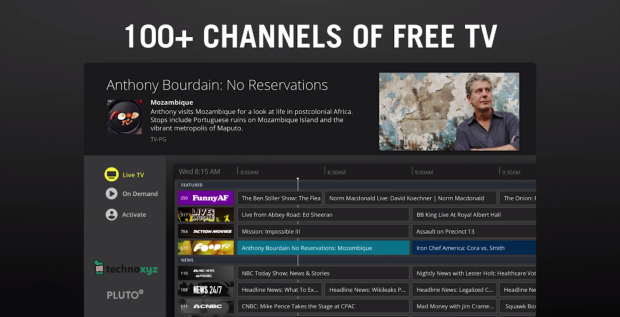 This is the most interesting app right now on Roku. Pluto TV offers more than a hundred channels of news, sports and other programming, many have it aggregated from across the internet. It’s sad to say that their TV grid is a lot nicer than what I have with charter spectrum. You can also get access to over a thousand movies and TV shows from their on-demand library. If you’re a court cutter, this is an app you must install, best of all Pluto TV is completely free.

This channel gets you access to thousands of movies and TV episodes. If you’re an Amazon Prime member, many of those are at no additional charge. They also has several original shows that are worth watching including Transparent, Goliath, Sneaky Pete and The Man in The High Castle. If you have Amazon Prime, Amazon Video is an app that you should have on your channel list.

If you’re a fan of watching youtube videos, this app lets you watch from the comfort of your couch on a giant screen TV, what could be sweeter than that. When this app first came out, it was terrible. For you newbies to Roku, the YouTube app has improved a lot since it was first released.

This app is awesome. Plex allows you to organize your personal media so you can stream it to any device. You will need plex installed on your PC first, so it can act like a media server, then install Plex in Roku and then you can play your content directly from your media server. If you’ve never used Plex, It’s really easy to set up. Plex is free but if you want extra features like being able to record over-the-air TV, Syncing your media for offline use and parental controls, they offer Plex Pass with plans starting at $4.99 per month. For many of you the free version will be all that you need.

It should be no surprise to anyone that Netflix is the number one Roku channel. With the most TV shows, movies and original content thay are on a roll. I don’t think they need anymore promotion, so I’ll stop right now.