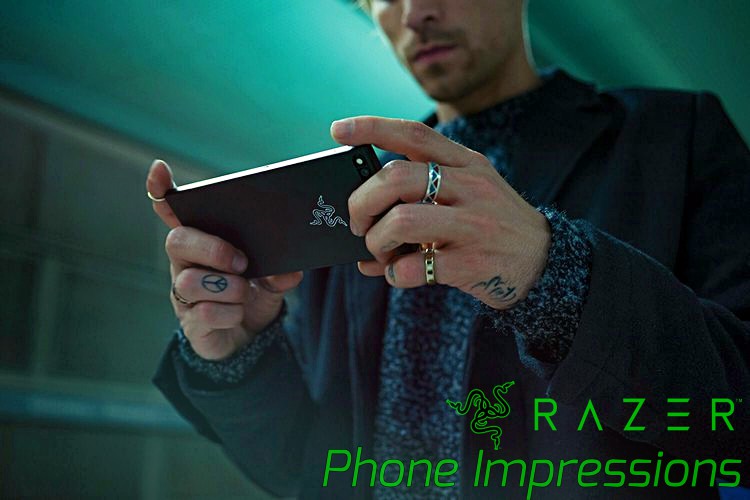 Remember Nextbit? they made that one phone Nextbit Robin that one time, well razer a gaming company bought Nextbit. Essentially this has been a really interesting year for new smartphones and new smartphone companies. The Razer phone built entirely
around gaming. All the hardware decisions, all the specs, all the design, the form factor and features are all made with the idea of making gaming as good as possible. but as it turns out, a lot of those things also make for pretty great everyday use too. 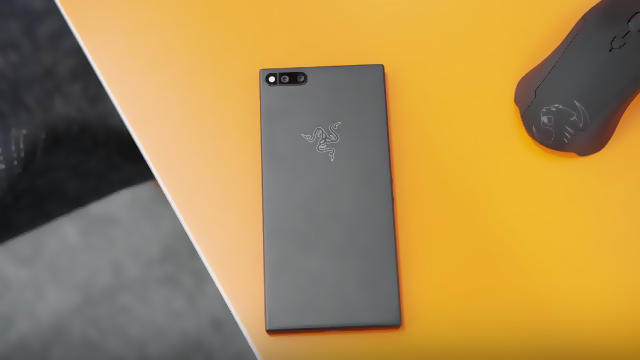 If you’ve ever seen a razer gaming laptop, you’ve seen the matte black finish with the logo on it, this is that same finish. No, the logo doesn’t glow RGB or anything crazy like that but I kind of like the stealthy that even though it’s kind of a big phone it’s pretty fingerprint resistant and it kind of blends in and being all metal all the way around it has a sturdy literally rock-solid feel in the hand.

Why Razer Phone Doesn’t have Edge to Edge Display? 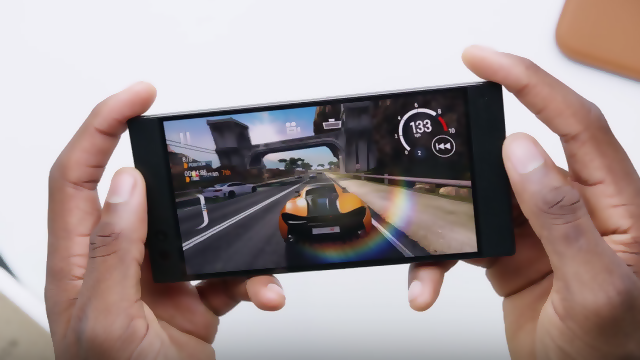 One thing you may be thinking is, hey it’s 2017 why doesn’t this new razer phone have edge to edge displays like we’re getting used to on all these phones now. Well this phone has big bezels on purpose, like I said their mindset is gaming and gaming trying to hold a phone with an edge-to-edge display can actually be kind of tough, there’s not a whole lot to rest your thumbs on, so instead they’re giving us massive stereo front-facing speakers flanking the display on either side, it’s a place to put your thumbs while gaming and they also happen to sound absolutely incredible, loud, full crisp and surprisingly little distortion at high volumes and you can even go into the sound settings and mess with Dolby
Atmos settings, movie mode or music mode or whatever you want to do just to get the EQ right. 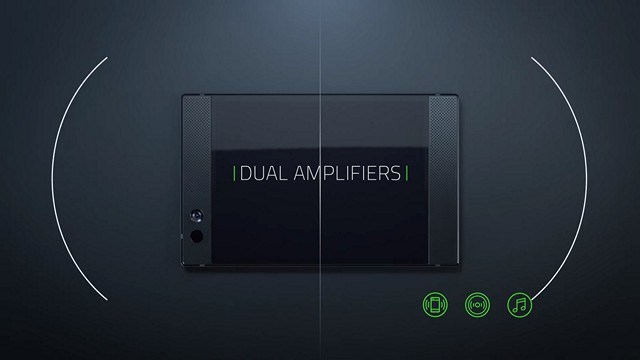 The hardware is built around making the gaming experience great, but that also means the rest of using a phone benefits too. The only downside I really see with this hardware is the buttons, which are left over from the Nextbit robbin. The fingerprint reader and power button combo on one side is kind of cool but the cheap, tiny, plastic feeling volume buttons on the other side definitely aren’t. 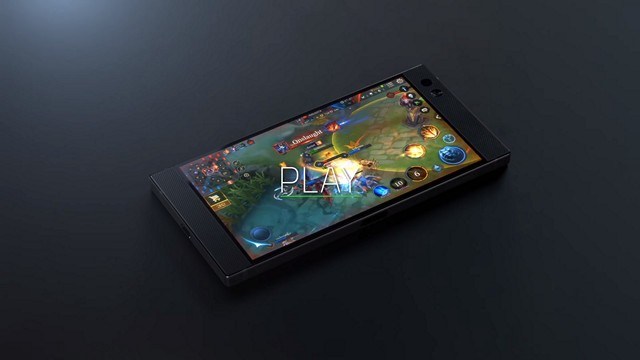 If I know anything about gaming, it’s that we want the highest framerate possible at all times and razer knows that. So they’ve built as far as I know the first phone to come to the US with 120Hz display. 120 frames per second all the time on an Android phone, that’s incredible, The new iPad pro has that promotion display. It has a 5.7 inch 2560×1440 IPS display. IPS because, it’s not possible to do this high refresh rate with OLED yet. It checks all the normal box of being a pretty good display, it’s decently bright but pretty contrast too. It’s crispy and just so liquid smooth everywhere. I’ve never seen Android runs smoother than it does on a pixel until this razer phone.
Not every game will take full advantage of this right off the bat, but Razer knows gaming pretty well and they are working with big game makers and developers to get all these popular games optimized for 120Hz. 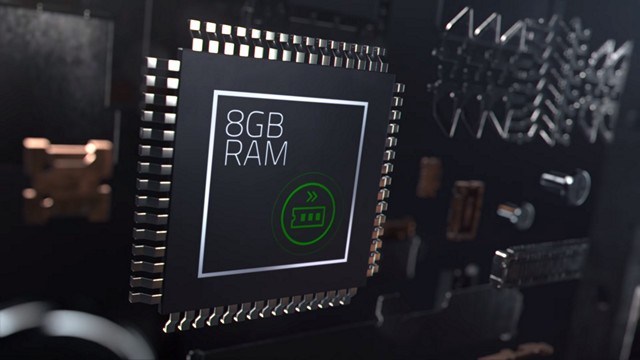 Since specs are pretty much the Holy Grail when it comes to gaming. Snapdragon
835, adreno 540, 8GB of RAM, 64GB of internal storage expandable upto 2TB and a 4000mAh battery. The last part is the most impressive, I think you already know that using 120Hz display at full brightness with graphically intensive games at 1440p will burn through battery pretty fast, having a massive battery is great for gaming. and also they seem pretty proud of their cooling and if you know gaming, you know how thermals are to performance and essentially what they’ve done is created heatsink design that uses the entire metal frame of this phone to cool the CPU which is really cool. 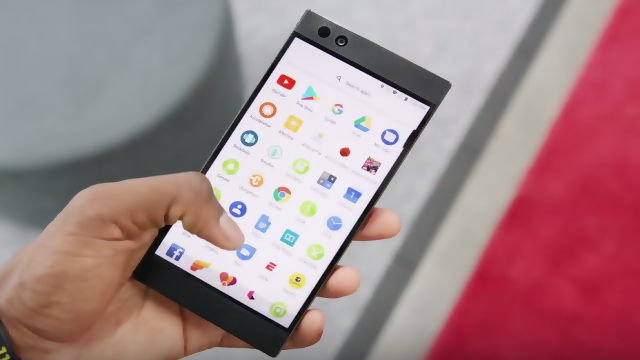 Software experience on the razer phone is pretty close to stock Android with just a couple of added features, no bloatware comes on this phone. The stock launcher is actually Nova Launcher prime, so you get a ton of customization right out the box and while it’s launching with Android 7.1 they are promising an Android Oreo update first thing next year in quarter one. So that’s another advantage to being near stock. 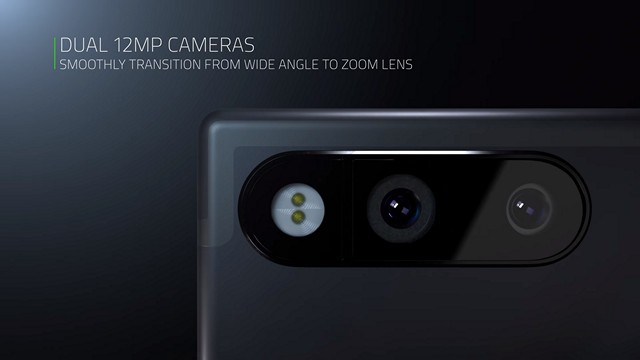 The cameras on this phone, I don’t expect that to be too much of a focus, because mostly they have nothing to do with gaming right now but for what it’s worth there is a pair of 12 megapixel cameras on the back. F1.75 on the main camera, F2.6 on the secondary telephoto lens and it’s rocking an 8 megapixel F2.8 wide-angle front facing camera. Definitely not slacking in the numbers Department but they pretty much do their job. 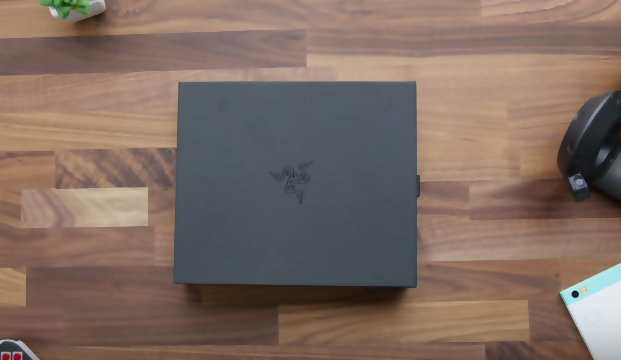 Packaging of the Razer phone might be the best smartphone packaging of any phone in this price point, maybe of any phone right now. It’s got some pretty sweet accessories, there are all braided cables and individually packaged. USB C fast charging, no
headphone jack but it does come with an adapter with a THX certified dec.

Overall my impressions are pretty positive at this thing. I don’t think I was expecting it to be this good mostly because it’s really hard or really interesting to get a new smartphone company off the ground and do things well. With reasonable asking price of $700, the Razer Phone has all the potential to become the best Android smartphone that has been released this year? So, what do you think about Razer’s entry into the smartphone segment? Do let us know your thoughts in the comments section down below.