If you’re a PC gamer you already know that steam is a large selection of games and you can find amazing deals during their sales. Not everyone is a fan of steam, there are several issues that people have with the service including a history of having terrible customer support. If you’re looking for other options for your PC gaming needs, I will tell you 10 alternatives to steam that you should know about. 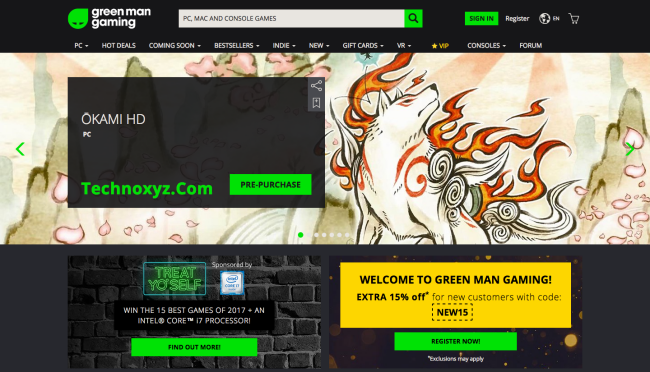 This web-based store sells digital keys for Steam, Origin, Battle.net and many others. They offer independent sales, which vary from those services. You can find many of the newer releases from AAA publishers along with a large selection of indie titles. If you sign up for their VIP program you can also get extra discounts, not found on their home screen. To become a VIP, it’s free and all it requires is creating a user account. 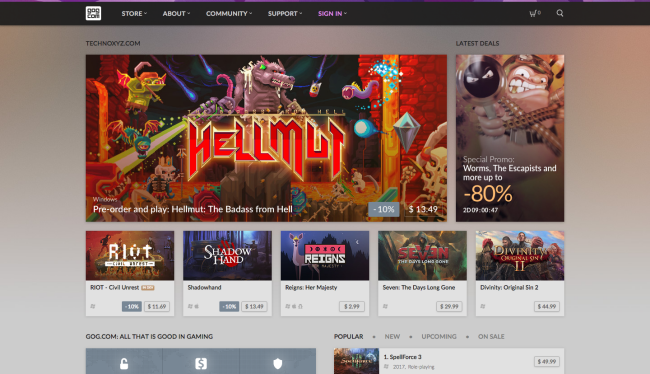 It is short for good old games. This distribution site was created by the people over at the CD Projekt group – the makers of The Witcher series. What makes this site stand out is that all the games are 100% DRM free. They have some of the newer games with a large catalog of older games that can be hard to find on other services. They also have a gaming client called GOG galaxy for Windows, Mac and coming soon for Linux, that can make it more convenient to purchase, update and play your games purchased from GOG. 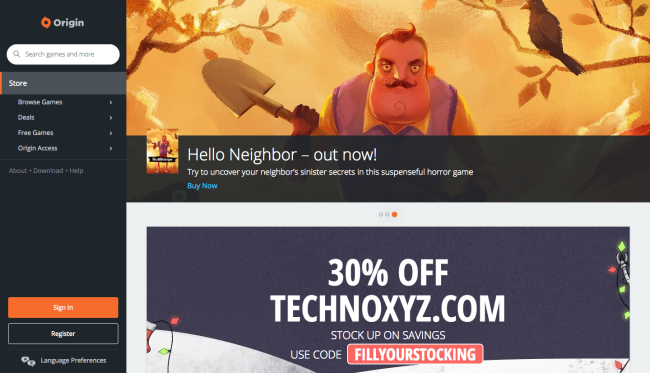 Origin is another service similar to steam with a downloadable client. The site is owned by Electronic Arts, another company known for lackluster customer service. If you’re looking specifically for EA titles, you’ll find them all right here. If you don’t plan to use the service to buy games, it is worth checking back every month or so, to see their featured free games. Right now you can get Plants vs. Zombies Game of the Year Edition for free. Once you’ve downloaded it, it’s yours to keep. 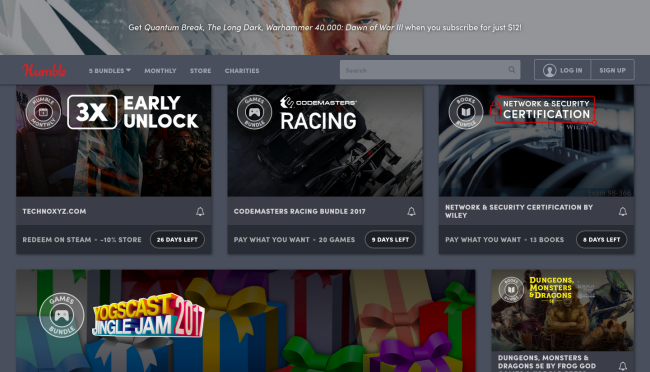 Humble has been a favorite of mine for the last few years. They’re well known for their humble bundles, you can get several games for a low price. Here’s how it works –

Just select one of the many bundles listed, like the Codemasters racing bundle. Here you pay what you want, pricing varies depending on the bundle. In this example for one dollar or more you can get four games, if you pay more than the average of eight dollars and thirty cents in addition to the previous games you also get more unlocked and if you pay fifteen dollars or more you get everything unlocked. They also offer a monthly subscription service called the Humble Monthly, where you can get several games for a fixed price each month. If you’re the charitable type, Humble gives a percentage of what they sell to charity. 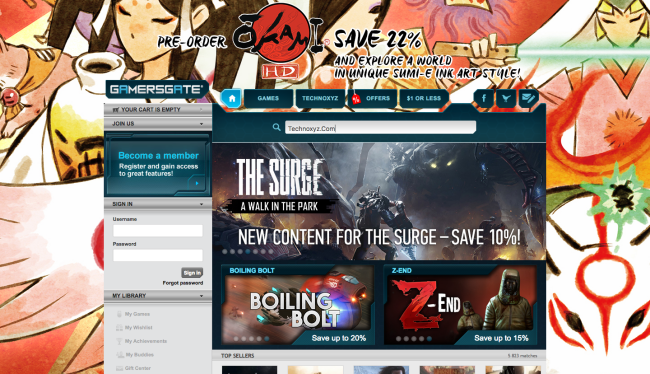 GamersGate is another popular service that offers game keys to be used on other services like steam and they also have direct downloads for DRM-free titles. The GamersGate offers section is worth checking out for great deals, right now you can snag the Banner Saga 2 for 60% off along with other games with deep discounts. 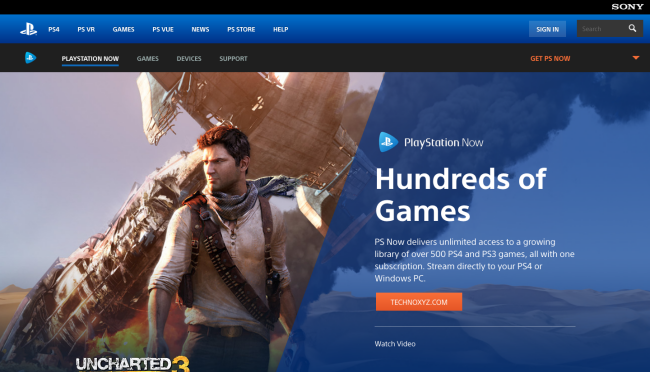 PlayStation Now is a game streaming service for use with the PlayStation 4 or Windows PC, it’s not available for Mac or Linux yet. With the service you can get on-demand access to more than 500 ps3 and ps4 games. For me it was worth it, just to be able to play Red Dead Redemption on a PC. They’re currently offering a 7-day free trial after that ends the cost is $19.99 per month, also on PC a DualShock 4 controller is required along with an internet connection of 5MB per second or greater. PlayStation Now is a cool service, I’m surprised more people aren’t using. 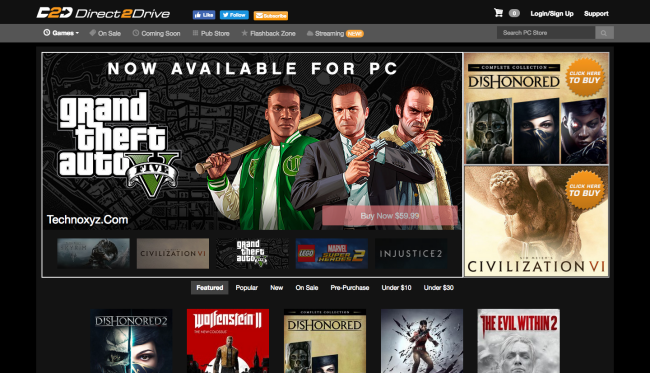 Direct2Drive used to be the IGN game store. It has since been purchased by a holding company and is now run as an independent business. They still offer a large selection of games that can be downloaded from the site. They now also sell games that require DRM activation on services like Steam. Direct2Drive is another option to score some great deals on games. 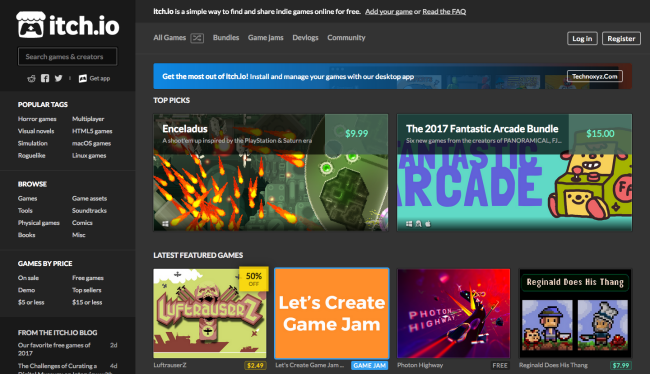 itch.io is for those of you that like to play indie games. We will find many of the popular independent developers, now are publishing their games here. The pricing can vary quite a bit and there’s a healthy selection of free games to play too. If you want curated collections, check out their bundles section. To install update and play indie games itch.io now has a desktop app for Windows, Mac and Linux. 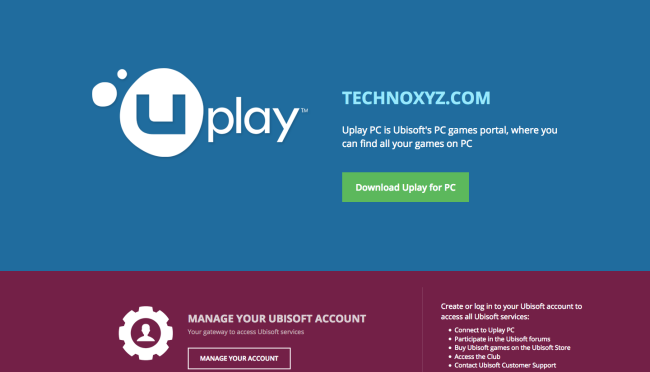 Uplay which is owned by Ubisoft is another service that is similar to origin. You can find the latest titles from Ubisoft here, sometimes of the lower costs then elsewhere. Ubisoft games can also be found on Steam. Many times to be able to play a Ubisoft game, both steam and Uplay have to be running at the same time. For Ubisoft to require 2 DRM to play one game is absolutely absurd. If you don’t play Ubisoft games, there is no need for you to use this platform. 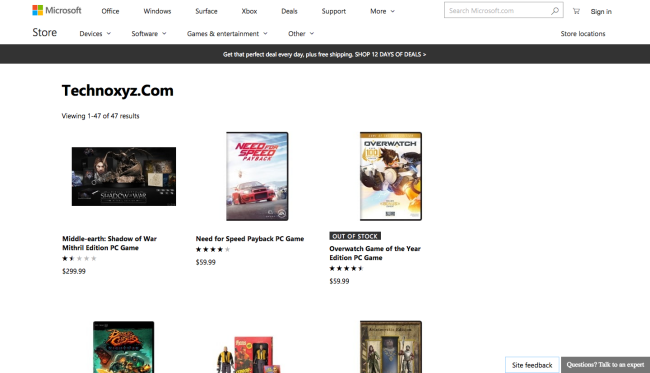 Last but not least is the Microsoft Store, which they use to call the Windows Store. it’s an app that is part of the Windows 10 operating system. It has a decent amount of quality games but what makes the Microsoft Store winner for me is that you’ll find many franchises like Forza Motorsport that were once exclusive to Xbox consoles which are now available for Windows 10 with cross-platform multiplayer. Now I have something nice to say about Microsoft, so don’t fall out of your chair. Making Xbox titles, that were once exclusive to console users available on PC is the smartest decision Microsoft has made in years.

What is your favorite gaming service? let me know in the comments. Also do you have any other thoughts about the best Steam alternatives for you? Leave them in the comments below and have a good day.