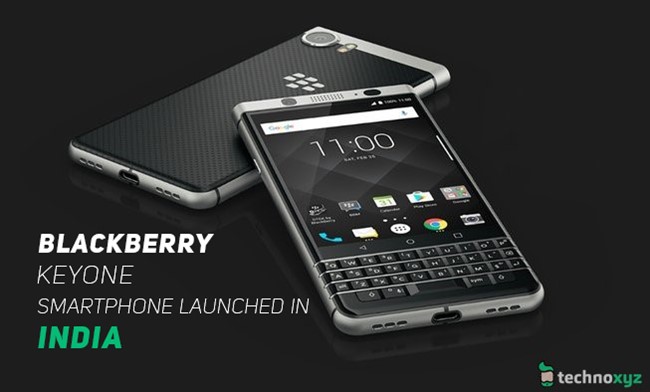 The Blackberry KEYone smartphones manufactured by TCL were launched in India earlier today. Before their launch in India, BlackBerry had its KEYone launched this year at the MWC event in Barcelona.

The Blackberry KEYone comes with the custom bloatware that basically protects the data. There is BlackBerry’s DTEK on the KEYone which is an app that’s designed to protect the privacy of the data. This helps us to monitor and control the security settings and keep a track on how the apps downloaded are accessing the data. We usually download lots of apps that run in the background that also make use of various data. But as far as the Blackberry KEYone is concerned, with DTEK on the smartphone we can even keep a track on the functionalities of these apps and the data they utilize. We can even see what all data they have accessed and for how much duration. This is of importance because it’s an added layer of security over the Google security setting that an Android operating system offers. There is also BlackBerry Messenger on this device for secured and encrypted messaging. Even before Whatsapp did the encryption, it was BBM that brought up the secured messaging system through encryption.

The KEYone has a rear camera of 12MP and an 8MP front camera. The rear camera can support 4k video recording. The Blackberry KEYone also includes a dual sim slot, 4G LTE supported along with Wi-Fi, Bluetooth 4.2, GPS, USB 3.1 and NFC.

The Blackberry KEYone has no color variants and that it is only available in a limited edition Black color at a price of Rs.39990 and will be available from August 8th throughout India on Amazon.